Zeolite for Healing and Detoxification

Science proves what we already know to be true. Zeolite works to help detoxify and support the growth of healthy cells. Find out how zeolite works and why I only use CELL DEFENDER from Avini Health especially for critical care. Zeolite and autism? Zeolite and cancer? Check out the zeolite studies and see why detoxification of heavy metals with natural pure zeolite can benefit healing and recovery.

HOW TOXIC ARE YOU?

Zeolite is the Most Important Supplement You’ll Ever Take. 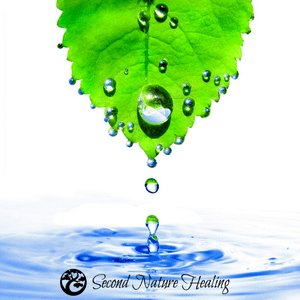 When you place a retail order or become a wholesale member through my account I’ll send you a FREE digital copy of The Zeolite Handbook.

Zeolite For a Healthy Body 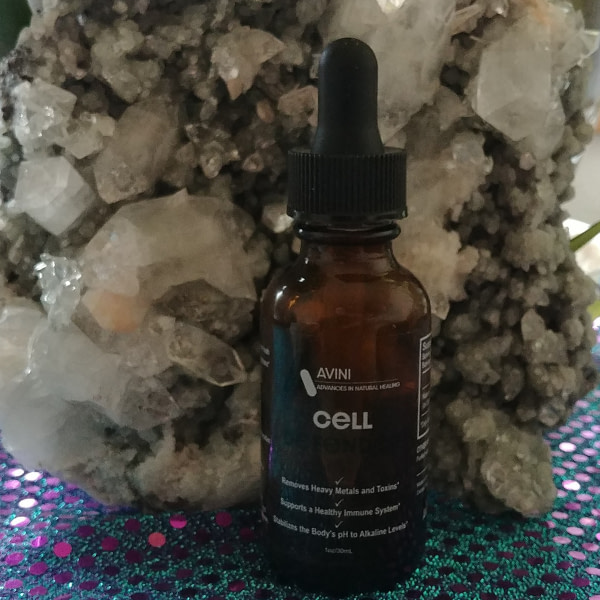 Absolutely the BEST detox for your body and the absolutely BEST zeolite detox.

CELL DEFENDER zeolite is specially formulated for human consumption and for the most effective way to capture toxins in the bloodstream. – 1

Studies now show us that the health benefits of zeolite go far beyond removing heavy metals and other toxins. Evidence points to zeolite’s anti-viral properties. – 2 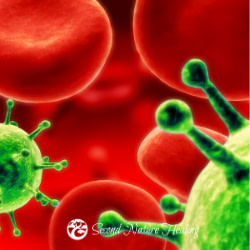 In the image to the left the virus is represented by a green sub-cellular particle floating in among red blood cells. Viruses replicate (make copies of themselves) by attacking healthy cells and using our own DNA to manufacture more viral particles. Zeolite appears to interrupt this process by capturing viral particles away from the assembly line as viruses attempt to replicate.

Though zeolite is a natural mineral compound, I use and only recommend a micronized form of zeolite, so fine that the particles suspend in water, called CELL DEFENDER that came to market in 2005. Formulated by Rik Deitsch, the original micronized pure zeolite was a life-saver in our family.

However, as things change, the company left Rik to sell a much less effective product that looked similar. As much as possible, since I began using it in 2006, I stayed with Rik and used his micronized, activated zeolite.

After many business challenges, Rik Deitsch started his own company to make sure we’d never be without his zeolite again. It’s too important! And it’s better than his original zeolite product.

Unlike powders and unlike any other form of liquid zeolite imitation, CELL DEFENDER zeolite is especially valuable and unique for several reasons:

1.    CELL DEFENDER is made with only clinoptilolite, proven to be the one zeolite trusted over centuries to remove toxins effectively.

2.    CELL DEFENDER zeolite is micronized. Through an intensive process, clinoptilolite zeolite is ground into a powdered dust where 99% of the zeolite mineral particles are less than 5 microns, smaller than a red blood cell which measures 6-8 microns.

4.    CELL DEFENDER zeolite is pure. There are no additives, no harmful humic acid or fulvic acid, no preservatives, no bacteria and no trace minerals in any bottle of CELL DEFENDER. Each bottle is sterile and ready to use. Each drop of CELL DEFENDER is extremely efficient at capturing toxins in the body.

Know the Difference between raw zeolite and purified zeolite for healing.

Zeolite is a unique product of nature. It is born in a volcano! Zeolite is a beautiful crystal mineral that forms every time molten lava and ash meet sea water. 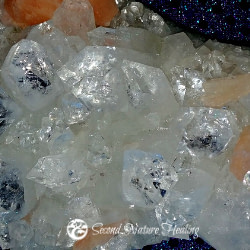 Clinoptilolite is a special type of zeolite. Unlike most zeolites and any other minerals, clinoptilolite is a smooth zeolite and has a negative charge. This negatively charged mineral immediately upon formation in nature, every time lava and ash meets sea water, begins to draw heavy metals to it, pulling toxins from the earth.

Because zeolite is a toxin “magnet”, zeolite in nature is already dirty. It is Earth’s environmental detoxifier, pulling toxins from its immediate surroundings, including the molten heavy metals from the volcanic eruption. In its crystalline form, zeolite is known for its metaphysical properties to remove toxic and negative energies. – 3

Though zeolite crystals are beautiful, they are not fit for human consumption as a crystal for detoxification. 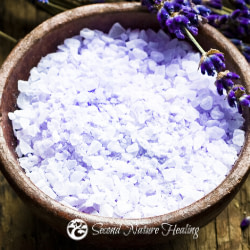 Powders are good for filters, but not to detox your body.

Historically, people have been known to eat clays and received health benefits. In fact, for more than 800 years the clays some people ate contained clinoptilolite. In more recent years, zeolite crystals were ground into powders. Why? Zeolite powders are great in water filters, air filters, pool filters and fish tank filters. Zeolite chunks and powders are known for their ability to absorb toxins. For decades, zeolite powders have been used as a natural nutritional enhancement when added to the diet of cows, goats and sheep. In fact, some dog foods also contain zeolite powder.

Environmentally, zeolite powder is extremely effective at removing radiation from nuclear disasters. In fact, 500,000 metric tons of clinoptilolite zeolite powder was dropped and spread over territories in and near the Chernobyl (1986) and Three Mile Island (1979) nuclear incidents. At Chernobyl, zeolite powder was baked into biscuits and fed to children and animals to remove radioactive Strontium and Cesium. Contaminated soil and water treated with clinoptilolite zeolite helped return it to near zero levels of Cesium and Strontium. At Three Mile Island, zeolite was added to cement to cap the reactor and contain the leak.

More recently at Fukushima, Japan, clinoptilolite zeolite powder was dumped into the ocean around the nuclear disaster to help begin the cleanup of nuclear fallout.

Though zeolite powder is good for filters and the environment, the powdered form is not meant for human consumption as an effective detoxifier. Powdered zeolites aren’t clean and are not small enough to get into your blood to clean your body’s filters- the kidneys, lungs, liver and other organs.

The most interesting aspect of the zeolite story is perhaps zeolite’s possible effects on cancer cells.

First, let’s talk about apoptosis. According to medical definitions from the Concise Encyclopedia, apoptosis is:

“Mechanism that allows cells to self-destruct when stimulated by the appropriate trigger. It may be initiated when a cell is no longer needed, when a cell becomes a threat to the organism’s health, or for other reasons. The aberrant inhibition or initiation of apoptosis contributes to many disease processes, including cancer. Though embryologists had long been familiar with the process of programmed cell death, not until 1972 was the mechanism’s broader significance recognized. Apoptosis is distinguished from necrosis, a form of cell death that results from injury.” – 4

Apoptosis is a normal function that occurs in the body to help recycle old or injured calls. However, sometimes the mechanism that causes apoptosis gets turned off. Scientists suspect interference with any of a number of genes related to “cell suicide”.

“The apoptosis factors are distributed throughout all cellular organelles and many signalling circuits, but one distinct signalling pathway connects at least some of the isolated genes. Comparisons with microarray data suggest that several genes are dysregulated in specific types of cancers and degenerative diseases.” – 5

What would it be like if perhaps zeolite was effective in not only removing toxins, but also activating the mechanism of apoptosis – especially for abnormal or unhealthy cells that should be tagged for self-destruction?

Though we can’t actually see what’s happening within the body, evidence, both scientific and anecdotal, suggests that zeolite may in fact assist in this mechanism to reactivate important genes. 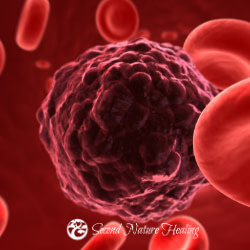 What does the benefit of apoptosis mean for people who have been diagnosed with cancer or are hoping to prevent cancer? If zeolite does, in the process of removing heavy metals from the body, assist in activating genes for apoptosis in degenerative or unhealthy cells, then the body may finally have a way to become healthier – simply by doing the functions it is supposed to do. 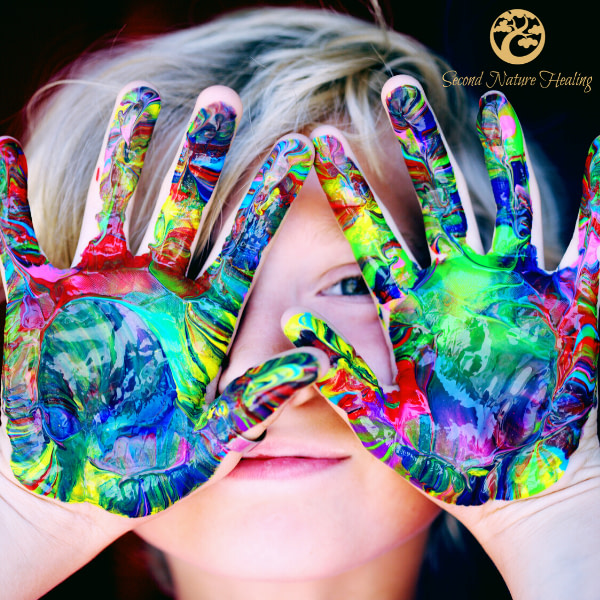 There’s increasing evidence that toxic metals such as lead, mercury, cadmium, and copper may contribute to behavioral disturbances in some children.

Studies show that most cases of ADD have have significant heavy metal tissue burdens.

Learn how zeolite can help. – 7

5 and 6 – Zeolite and Apoptosis, Anticancer Properties of Zeolite

How Can I Help You Today?

Receive immediate help with free consultations, my toxicity test, free ebook, and more. Get ongoing help with newsletters, inspiration, and opportunities to heal, learn, and grow into your brilliant life. This form goes directly to Rosemary. Please check your inbox immediately after submitting your form. Rosemary will respond as soon as possible. 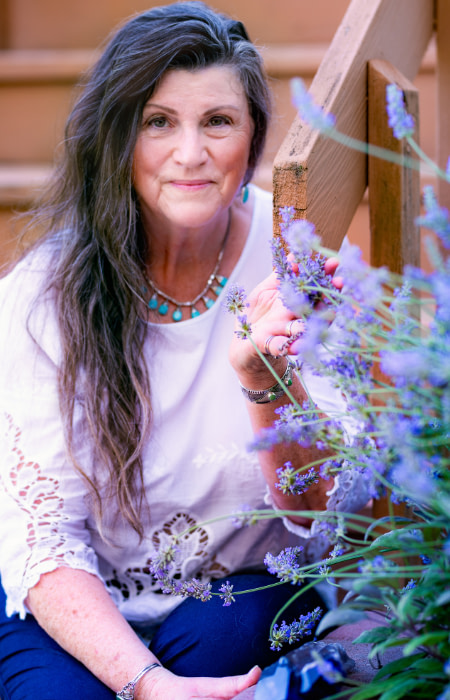 Step Two
Let me walk with you on your healing journey, as you master your connection to Spirit.

Step Three
Share a deeper connection with other intuitive, empathic Lightworkers in our community.

I feel so connected, grounded and clear in my energy & my body. I feel like I have tools now to bring healing into my own being & the beginnings of confidence to bring to others. The Reiki circle (in class) was beautiful & emotional to be around so many other beings working with light.

Call for a Free Consultation